At university I lived very close to my student union and regularly ate in the refectory which saved a lot of effort on cooking and washing up. The dining hall there is vast, with white tables and uncomfortable wooden chairs crammed into every space possible, and a dark laminate floor that makes my wheels squeak when they’re wet. At the end furthest from the kitchens is a small stage that is often used for concerts and shows outside of the refectory’s opening hours, which has hosted The Killers in the early 2000’s, and is where The Who’s “Live at Leeds” album was recorded. 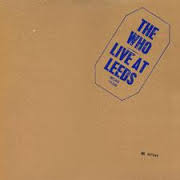 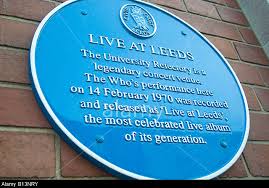 While this stage is fit for purpose for concerts, it has two steps up to it and no ramp. Frustratingly, this was where the union decided to host their charity clothes sale for Cancer Research UK, without providing access for wheelchairs. I had been looking forward to the event for a few days and so when I arrived I was pretty disappointed about the inaccessibility, especially as the union has several accessible rooms where such an event could easily have been held.

Since the stall was quiet at the time, the member of staff on duty wandered over to speak to me. She told me in rather patronising tones that she was “ever so sorry” about the inaccessibility, but that nothing could be or have been done to resolve the issue. This was, quite frankly, utterly ridiculous, as even if they couldn’t have booked an accessible room they could have easily acquired a temporary ramp. Annoyed, I made a snide remark about how my money was worth the same amount as anyone else’s, before heading up to the coffee shop overlooking the refectory to drown my sorrows with caffeine.

Once I was settled with a large americano, I emailed a member of staff from the union who I knew relatively well from previous accessibility quibbles, and despite him being away from his desk for the day according to the automated reply I received, he responded within half an hour by assigning a temporary ramp to the event. A few minutes later I re-appeared in the refectory, ready to raid the clothes stall. This time a different women was over-seeing the stall, and she could not have been more apologetic or upset about what had happened. Her colleague, now nowhere to be seen, was quickly forgotten as I browsed the clothing rails. I picked up a leopard print scarf from the accessories section, and managed to find a beautiful white blouse covered in black swirls from a high-end clothes store that I could never normally afford. Feeling self-satisfied at having spent less than £5, I returned to my favourite table in the coffee shop and downed another americano and a frozen yogurt to boot.

While the attitude of the first member of staff left much to be desired, the attitudes of the man who organised the ramp and the second woman running the stall more than compensated for this. It is not the problem that causes me an issue, but the ability and willingness of people to provide a solution for the problem instead.

My multi-award-winning blog discusses what life is like as a disabled bisexual woman. I have a 1st class honours degree in nutrition from the University of Leeds where I now work in medical research, an achievement which was undeniably difficult to reach. Outside of work I have a passion for wrestling, rock music, and the MCU. You can find me on Twitter, Facebook, and Instagram simply by searching diaryofadisabledperson. View all posts by diaryofadisabledperson

Cafetierres are confusing...
One of my biggest bug-bears in modern medicine is when a doctor is so fixated on potential future risks that they lose sight of the damage being done in the present. While being informed of the risks is essential, the final decision as to whether to take those risks should be down to the patient. https://diaryofadisabledperson.blog/2020/01/19/a-game-of-risk/
First game of the decade. 🤓
To find the #disabled toilets, following the glowing #wheelchair...😬
Head of Steam stock the Motorhead beer!
Unique light fitting.
%d bloggers like this: